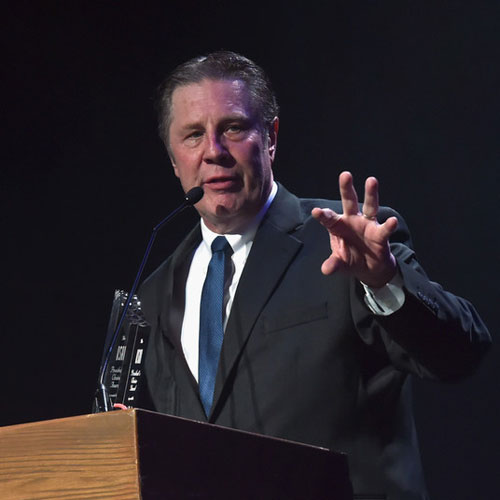 "In my role as Executive Director of the Nashville Songwriters Assn. International (NSAI) I have worked for years to accomplish a fairer way to set songwriter royalty rates in the digital era, methodology to fairly distribute unclaimed royalty funds and for a new kind of transparency for songwriter royalties. Adoption of the Music Modernization Act and creation of the Mechanical Licensing Collective materialize those goals"

"The MLC is a giant leap forward in the above-stated objectives and is the first mechanical rights agency to have songwriters participate in its governance."

"The Rain Song’ by Led Zeppelin. It is about the seasons of emotions and the one song that always reminds me of the importance of music in our lives."

Herbison is Executive Director of the Nashville Songwriters Association International (NSAI), the world's largest not-for-profit Songwriters trade organization and advocacy group dedicated to the songwriting profession. Established in 1967, NSAI’s membership of nearly 5,000 spans the United States and many other countries. With more than 100 chapters, the association serves aspiring and professional Songwriters in all genres of music. They also own The Bluebird Cafe in Nashville, Tenn.

A Paris, Tennessee native, Bart Herbison worked as a reporter and spent 14 years in radio and as a correspondent for The Nashville Banner newspaper before joining the administration of former Tennessee Governor Ned McWherter as Deputy Director of Communications in 1987. Herbison joined the staff of U.S. Rep. Bob Clement (D-Tenn.) in 1988 where he served as the Tennessee Congressman's Press Secretary, Campaign Manager and Chief Tennessee Administrative Officer before leaving Capitol Hill for Music Row in 1997.

Herbison’s accomplishments include the adoption of the “Music Modernization Act” of 2018, the most important copyright law reform for songwriters in decades which created The Mechanical Licensing Collective. Herbison also led NSAI’s involvement in the 2016 Copyright Royalty Board trial that led to a historic 44 percent mechanical royalty increase for American songwriters. He was instrumental in the passage of the landmark "Songwriters Capital Gains Tax Equity Act" in 2006 and the creation of the first-ever Group Copyright Infringement Insurance for songwriters and music publishers. Herbison oversaw the purchase of the historic Music Mill studios which became NSAI’s headquarters in 2005 as well as the acquisition of the world-famous Bluebird Café in 2008.In 2018 Herbison received two prestigious national honors for his songwriter advocacy work  -- the “Industry Legacy Award” from the National Music Publishers Association (NMPA) and the “IP Champion’s Award” from the U.S. Chamber of Commerce Global Innovation Policy Center.

Appearing in his first movie role, Herbison portrayed himself in the 2017 film Wheeler starring Stephen Dorff. He is also featured in the documentary The Last Songwriter released in 2018 and the upcoming documentary It All Begins With A Song where he serves as Executive Producer. He hosts the weekly video/print interview series “Story Behind the Song” appearing in The Tennessean and other Gannett newspapers.