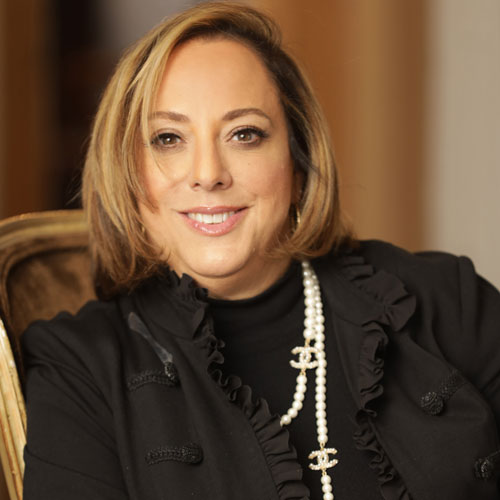 Alisa Coleman is the Chief Operating Officer of ABKCO Music & Records, Inc., overseeing the day-to-day operations as well as the business development and global licensing of the music publishing, record, and film catalogs for one of the foremost independent entertainment companies in the world. A strong advocate for indie companies, Coleman is the first woman executive appointed to influential positions on both sides of the music business (the music publishing and the recording industry) holding seats on the Mechanical Licensing Collective (The MLC) Board of Directors and the Recording Industry Association of America (RIAA) Board.

Joining ABKCO in 1985 as an assistant in the licensing and royalty departments, Coleman has gone on to work in every division of the company. In 2016, she was named the company’s first COO. During her tenure at ABKCO, she has greatly expanded the exposure of the company’s legendary catalog, increasing its reputation and value, and is known for her innovative deal structures that focus on the long-term value of intellectual property and licensing partnerships. ABKCO’s catalog includes compositions, recordings, and films by Sam Cooke, The Rolling Stones, Bobby Womack, Eric Burdon, The Animals, Herman’s Hermits, Marianne Faithfull, Pete Townshend, Ray Davies, and The Kinks; the Cameo Parkway master recordings; the works of cult director Alejandro Jodorowsky as well as upcoming Songwriters and Producers.

In 2019, Coleman was unanimously elected and appointed by the U.S. Copyright Office as the first Chair of The MLC, leading the music publishing and songwriting community in an unprecedented creation of a mechanical licensing collective which will manage and distribute audio mechanical royalties to Songwriters and Music Publishers worldwide for U.S. exploitation. With the help of a substantial team of experts in technology, legal, advocacy, music publishing and songwriting, The MLC is on track to meet its obligations under the Music Modernization Act (MMA) starting January 1, 2021.

As the president of the New York Chapter of the Association of Independent Music Publishers (AIMP); Coleman was vital in the creation of the Indie Music Publishing Summit in New York City – which entered its fourth year in 2020 by expanding to become the Global Music Publishing Summit, a must attend event during New York Songwriters Week in June providing education to those in and around the music publishing business. Over 500 attendees travel from around the world for the event yearly.

On International Women’s Day in March 2018, Music Business Worldwide wrote an article about Coleman as part of their series on “Inspiring Women.” In 2019, Billboard named Alisa to its Top Indie Players, Top Digital Players and Top Women in Music lists.

Additionally, Coleman is currently the president of the New York Chapter of the Association of Independent Music Publishers (AIMP); a member of NARAS, AIGA, NYWIFT, CMA, ACM, CSUSA, the National Arts Club; and a lifetime member of the Songwriters Hall of Fame.

A graduate of The Hartt School of Music at The University of Hartford, which recognized her in 2014 with the Anchor Award, the university’s highest alumni honor, Coleman began her career at The Harry Fox Agency co-directing the synchronization licensing department while interacting with music publishers and production companies to negotiate music rights.